A boulder unfolds its hidden geometries under the influence of brutal force. It splits in unpredictable, sharp-edged pieces exposing a material, which remained untouched by sun and atmosphere for millions of years. What used to be hidden inside the rock is instantly turned into a new surface. The fractured parts are recomposed with brass hinges giving the rock a reversible unfolding potential, in which the process of its geodynamic origin echoes.

“Findlinge” or erratic blocks are descriptive names for the fact that their presence bore an unresolved riddle in ages illiterate of geological processes. They were identified as strangers, because erratics can rarely be found at their place of origin. Fluvial fans or ice glaciers transported them over long distances turning them into mineralogical immigrants. 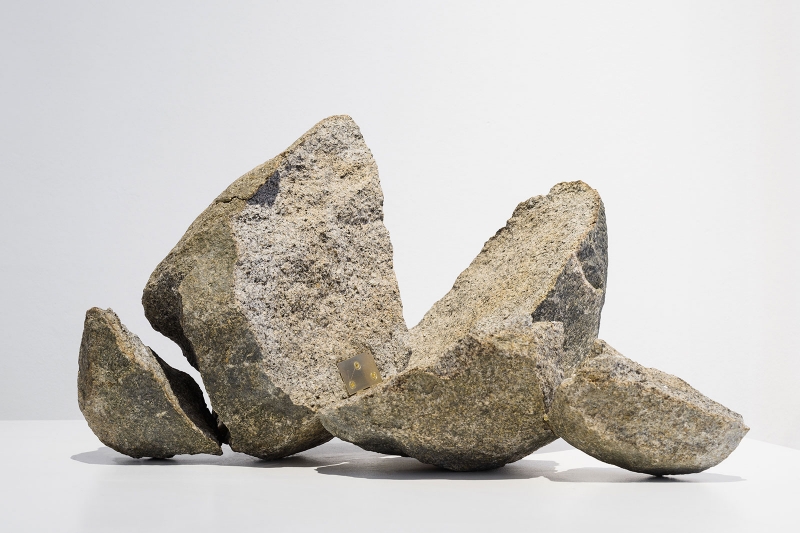 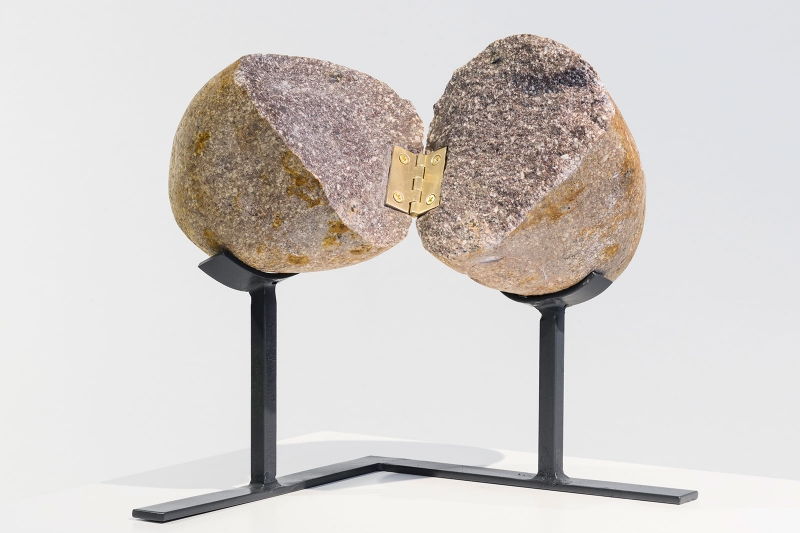 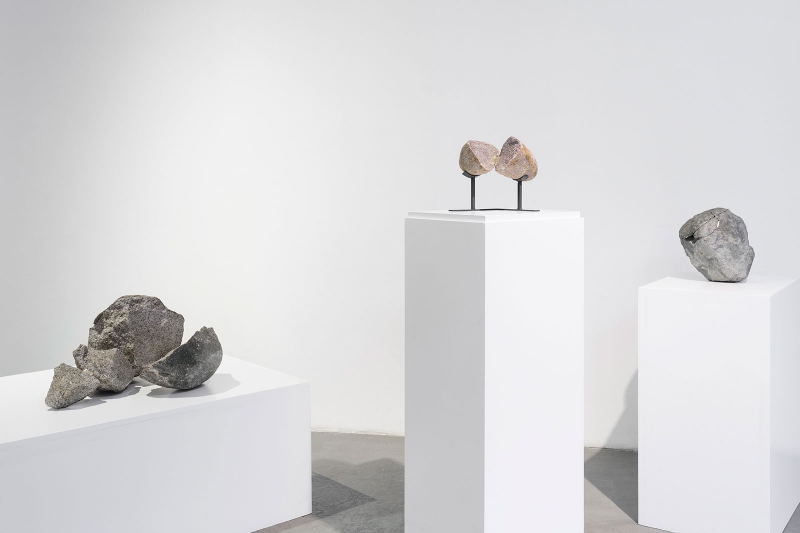 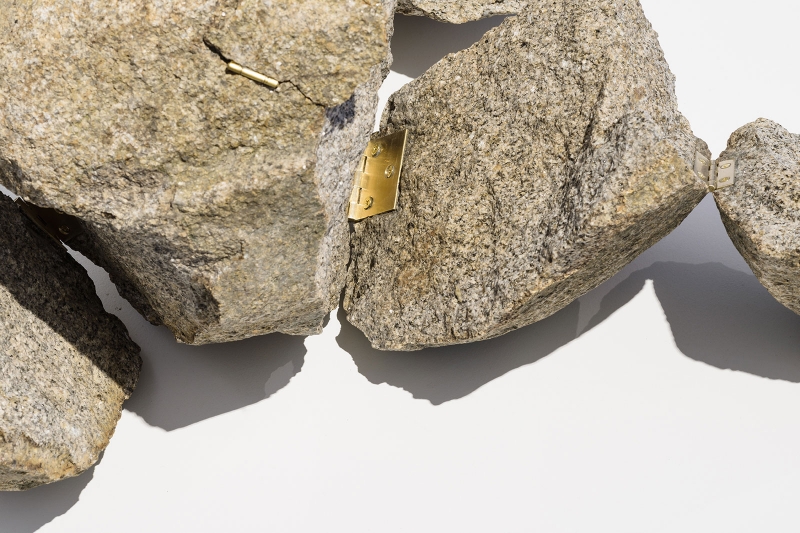 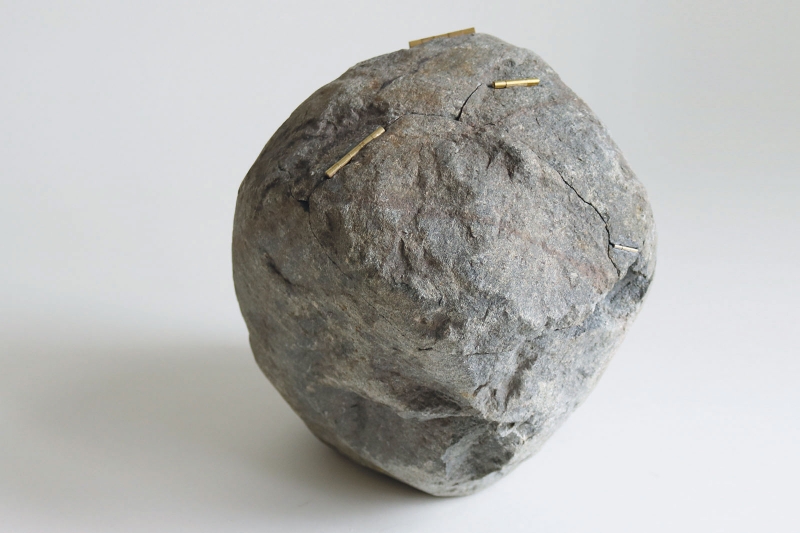 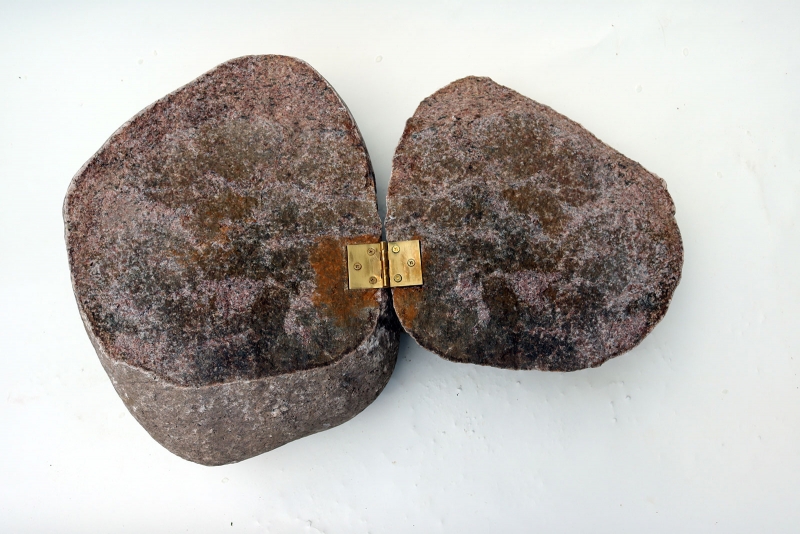 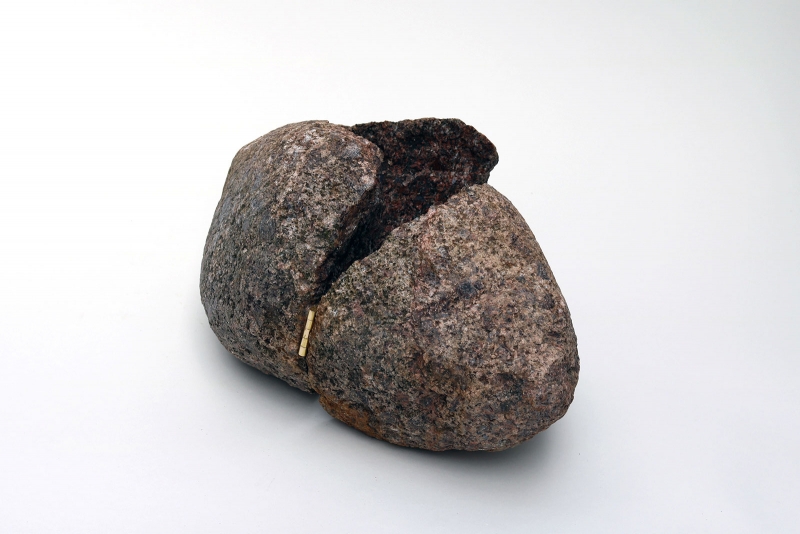 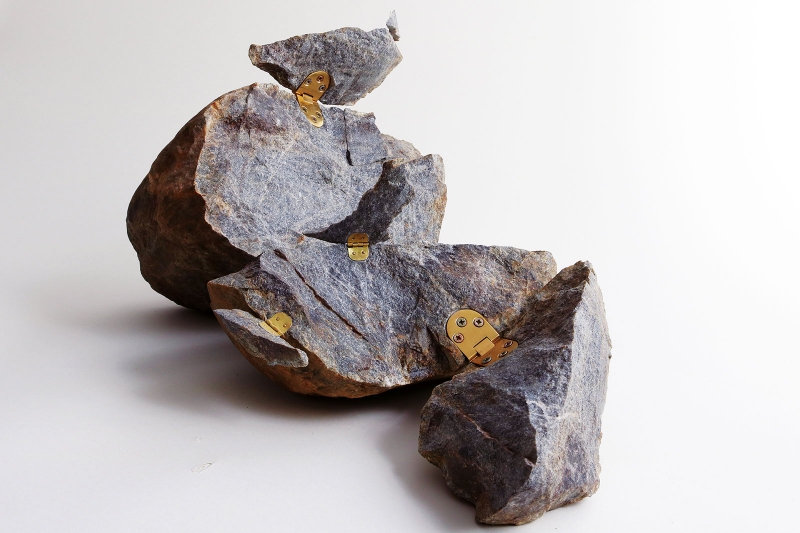